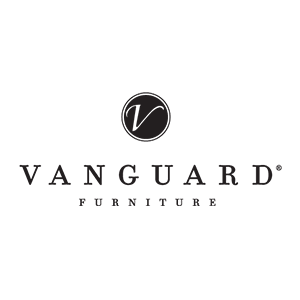 Disruptions don’t cease to challenge the way we think about and conduct business. This had never been more apparent to Vanguard Furniture as its traditional furniture industry business model collided with a technological landscape that introduced new approaches to operations, engagement, and service. Butting up against digital natives, like Wayfair and Amazon, Vanguard saw the need for change early on and strove to adapt.

“Whatever Doug does, it works.”

Changes to be Made

Vanguard maintains thousands of SKUs, fabric choices, and millions of feature options. Until they could find a digital solution to maintain, communicate and sell their goods, Vanguard was operating on its back foot. Traditional communications channels and business management models were not enough to meet the demands of a new breed of consumers.

Working within manual systems fraught with complexity and confusion, Vanguard identified as much as thirty percent of orders being kicked back to the customer due to their order being incomplete. Delays in communication often resulted in it taking days to get the order connected, acknowledged, and into production. This delay caused frustration for everyone; resulting in higher costs, potentially lost sales, and slower cash flow.

It may seem like a lifetime ago when having a digital storefront, more colloquially known as a website, was just a “nice to have”. Today, it’s absolutely essential for a business to maintain an online presence.

Back in 2012, Andy Bray, President of Vanguard Furniture Company, saw the writing on the wall and began surveying the best way to go about solidifying the company’s place among online behemoths quickly captivating online audiences with convenient digital catalogs and expedient online ordering.

It was at this point Andy and his team would identify the most effective initiatives to bring their business into the 21st century. In order to do that, Vanguard would need a solution partner to help:

After seeing their competitor’s product configurator and learning it was built by Clarity Web Solutions, Andy shared his thinking: “If they did that – they know what they are doing”.

Within weeks Bray met with Doug Cottrell, CEO of Clarity Web Solutions. When asked about his first impressions of Doug – “Authentic Doug shows up,” Bray replied. “He was the same genuine person that as he is today, seven years later.”

From the initial meeting, Andy realized that Doug had the experience not only in this type of technology, but experience in listening to and serving their customers. He asked deep questions, he listened, and had a let’s-explore-this-together outlook. No push, no hurry. The opportunity had to be right for both Vanguard and Clarity. It was clear to Andy that this was the right partner for Vanguard.

After meeting with stakeholders and presenting the solution Andy found to be the perfect fit, Vanguard agreed to test Clarity’s Product and Pricing Configurator with a proof of concept.

Despite resistance from staff stuck in the old way of operating, Clarity’s proof of concept for Vanguard proved to be a success. Doug Cottrell had built trust through this initial engagement with Vanguard’s stakeholders and team, building a foundation for what would be required for the larger project of building an online Product and Pricing Configurator. Following the engagement Andy remained convinced he’d made the right choice, stating, “Whatever Doug does, it works.”

While the proof of concept proved to be a success, ultimately, the implementation revealed considerable obstacles to overcome in Vanguard’s internal systems.

Vanguard had been operating on a series of disparate systems that didn’t ‘talk to one another. The data that was needed to feed the product and pricing configurator didn’t originate from one database, presenting significant challenges for Clarity and Vanguard’s team. To remedy the situation, Doug suggested a centralized database be erected. This way, all of Vanguard’s customer and back-end data would flow through one single source.

The setback proved to be a critical asset for the company, as a unified business management system would further streamline the customer-facing components and back-end management of the newly implemented system.

Vanguard was rewarded for its prudent decision to first create a data platform as it served as the springboard for Clarity to build a best-in-class online Product and Pricing Configurator. By becoming a first mover in the furniture industry, Vanguard has set a high bar for other furniture brands to model.

The Clarity Configurator closed the gap of orders that were thirty percent incomplete, bringing that figure to 100% completion. This translated into faster order turnaround, higher customer satisfaction, and increased cash flow due to decreased lead time. Finally, Vanguard could rest assured that pricing on orders was as efficient as could be, since pricing during the ordering process was now dynamic and in sync with inventory, supplier availability, and customer expectations.

The team at Clarity was thrilled to see such an ambitious project evolve from concept to concrete in its results. On their enduring partnership with Vanguard, Doug Cottrell attests, “It’s incredibly rewarding to see such a positive impact to Vanguard’s business. A true partnership that continues to this day.”